Setting up Kodi for TV and Movie Viewing

Install Kodi on Microsoft Windows computers:
https://kodi.tv/download/
click on the Windows: Installer link and download the installation file.
Find the installation file (currently it is "kodi-16.1-Jarvis.exe") in your downloads folder and double-click it.
Run through the installation procedure to install Kodi.
An example installation video can be viewed here:http://kodi.wiki/view/HOW-TO:Install_Kodi_for_Windows
Go to https://www.tvaddons.ag/fusion-installer-kodi/ and follow the instructions to install Fusion for Kodi.
Note for "Step 12: Recommended Method", under the "start-here" folder, install the "plugin.video.hubwizard-1.2.0.zip" file.
Go to https://www.tvaddons.ag/config-wizard-kodi/ and follow the instructions, STARTING WITH STEP 7.
Note: Steps 1 through Step 6 were already completed in the previous instructions, so start with Step 7.

Sandee's instructions  to install on Firestick

Do you want to be a more effective "Google Searcher" ?

You will find lots of tips and tricks there.


Posted by LCCUG President at 9:55 AM No comments:

Backing up your Computer

At our March 8 meeting, Neil Higgins made a presentation on free programs to backup your computer.  With the July date on updating to Windows 10 coming soon, we all want to make sure we have a good backup routine in place.

Here is a link to Neil's presentation in pdf:

Other articles on backing up can be found here:

Good articles about using Windows Backup from the How To Geek:

Posted by LCCUG President at 10:47 AM No comments: 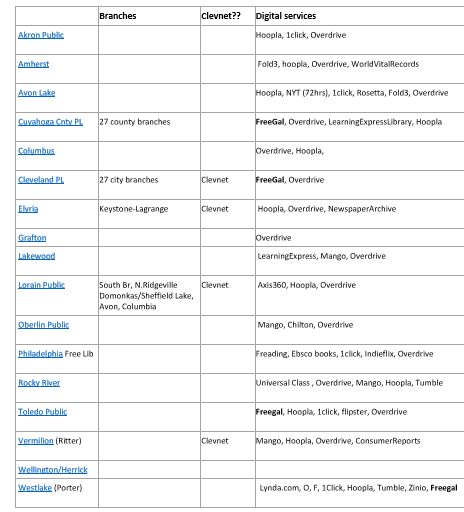 First there were stereoscope 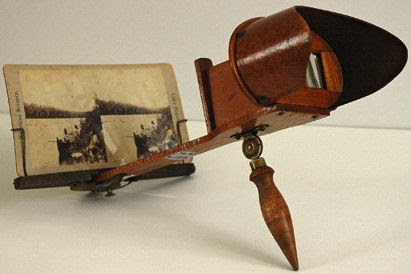 The version I bought
http://www.amazon.com/gp/product/B018G1CJ3U?psc=1&redirect=true&ref_=oh_aui_detailpage_o06_s00

Some of the best apps
http://www.greenbot.com/article/2887272/android/the-best-google-cardboard-vr-apps.html

Posted by LCCUG President at 9:22 AM No comments:

The Start menu reappeared in Windows 10, but that isn't enough to satisfy all of its critics of the new version of Microsoft's operating system.
PROVIDED BY MICROSOFT
By Anick Jesdanun, AP Technology Writer

If you're running an older version of Windows, you might suddenly find Microsoft's Windows 10 upgrade already downloaded on your machine.
You never requested it, so why are you getting it?
The automatic download is part of Microsoft's aggressive push to get Windows 10 on as many devices as possible. Since last July, Microsoft has distributed the free upgrade on request. But starting this week, it's also pushing it out to those who haven't requested it — and who might not want it.
Microsoft isn't actually installing Windows 10 automatically, but installation is just a click or two away. If you're not careful, you might suddenly find the new system on your old machine.
Is this good for you?
THE BENEFITS OF WINDOWS 10
Windows 10 has many improvements over its predecessors — especially Windows 8. It's much easier to use than Windows 8, and it offers more modern controls — akin to mobile devices — than Windows 7. (There is no Windows 9.) Windows 10 also paves the way for multiple devices to work together. You might be able to buy an app once to run on your PC, phone and Xbox game machine, for instance. The app's layout would automatically reconfigure to the given screen size.
New apps are being designed for Windows 10, so if you have an older system, you might find yourself shut out.
BENEFITS FOR MICROSOFT
Microsoft is reducing reliance on software sales in favor of services such as the Bing search engine, OneDrive storage and Skype for communications. Windows 10 was designed to steer users to those services. Microsoft makes money from ads and premium features that cost money — such as additional OneDrive storage.
Microsoft can also encourage app makers to write more software for Windows 10 if a lot of people are using it. It's similar to how Apple pushes its users to upgrade to the latest iPhone and Mac systems. App developers know they can enable the latest features without worrying about abandoning too many users of older devices.
WHY HOLD OUT?
System upgrades aren't always smooth, especially on older machines with slower processors, less memory and less storage space available. Microsoft's Get Windows 10 app will verify that you meet minimum system requirements — but minimum doesn't mean speedy.
Older machines also might have software that won't work on Windows 10, so you'd have to spend money upgrading those programs, if upgrades are available at all. Printers, scanners and other accessories also might need new controlling software, called drivers. If a driver update isn't available, you might find yourself with a dead accessory.
And once you upgrade to Windows 10, you might be ceding control over future upgrades to Microsoft. The company is offering incremental updates to Windows 10 on a regular basis, and it won't always give you a choice on whether to accept.
HOW TO KEEP THE OLDER WINDOWS
Microsoft is treating Windows 10 as a type of security update it regularly pushes to users. Microsoft is now reclassifying Windows 10 as "recommended" rather than "optional." In doing so, those who have set their machine to automatically get important updates will get Windows 10, too. You can avoid this by turning off automatic updates in the settings under Windows Update. That's not recommended, though, because you might miss important security fixes.
If you work for a large company, your system administrators are likely monitoring these updates, so Windows 10 won't automatically download without their OK. Plus, Microsoft isn't offering Windows 10 for free to larger companies.
Microsoft will support Windows 7 until 2020 and Windows 8 until 2023, after which time it will stop fixing any security problems. By then, it might be time for a new computer anyway.
IF YOU'RE READY
To install Windows 10, all you need to do is accept it when prompted. Getting Windows 10 shouldn't affect your photos and other documents, though there's always a risk of a meltdown with any major upgrade. Back up your files first. You can use an online storage service such as OneDrive or DropBox to keep a backup online.
WHAT IF YOU DON'T LIKE WINDOWS 10?
Microsoft keeps a backup of your system for a month. In the settings, go to "Update & security" and then "Recovery." You'll find the option to return to Windows 7 or 8. Your files should be OK, but you'll lose any apps installed after upgrading to Windows 10. Remember, you have only 31 days to change your mind.

Measure
Measure
Posted by LCCUG President at 1:01 PM No comments: