Scamfinder is a tool to learn about the most common scams against individuals and businesses. It is updated as new scams appear.

The site was compiled by Sheryl Harris, consumer affairs reporter for The Plain Dealer, Ohio's largest newspaper. It was designed by Felesia McDonald and William Neff.

You can read Sheryl's columns online. If you have a question about a scam or you suspect you were the victim of a scam you don't see in Scamfinder, e-mail Sheryl.
Posted by LCCUG President at 1:12 PM No comments: 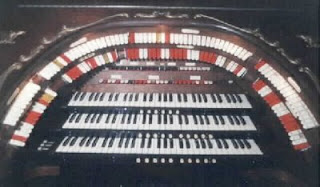 The Plain Dealer had a story on Wurlitzer organs on December 4. http://www.cleveland.com/plaindealer/stories/index.ssf?/base/cuyahoga/1228383050108270.xml&coll=2

It seemed very relevant after our meeting on November 25 with David Kennett.

There was also a sidebar that mentioned these local Wurlitzers:

During the silent-film era, movie houses were equipped with theater pipe organs - giant pneumatic contraptions that accompanied the action. They were usually Wurlitzers. Here are public places where the organs can be seen and heard:

SonicWall is providing a online test that shows you several emails and asks you to identify them as legitimate or Phishing scam, afterwards you can see why you were right or wrong for each one. here's the link: http://www.sonicwall.com/phishing/index.html
Posted by LCCUG President at 10:08 AM No comments: